In this day and age (I seem to use that phrase a lot. Anyways…) where downloading songs, whether legally or illegally, is as simple as ordering at Jollibee, it’s quite easy to fall in love with songs.

Liking whole albums however, is slowly becoming a lost art. We can just choose which songs to listen to and skip the ones that either put us to sleep or we strongly dislike.

So when I find an album that I want to listen to over and over again, no pressing of the next button, then I just treasure that. And since we’re halfway through the year, here are some of my favorites, in no particular order. (Click on album covers or fave songs to watch/listen to youtube links)

I said no particular order, but hands down, this is my absolute fave so far. I fell in love with her in her debut album, 19, and I’m glad that a lot of people are discovering her now. It is my most fervent wish that she comes her for a concert soon. Fave Song: Set Fire to the Rain

Another brilliant sophomore album. I’ve been listening to it for a few days only, but I feel like I’ve known it for more than a year. He makes melancholy sound so melodical and sexy. Fave Song: Calgary

Cold War Kids – Mine Is Yours

They’re still considered 2011 right, since they released it early January? Another album that is on constant rotation in my playlist. And for this week, they’re dictating my playlist. Their soundtrack-ready rock songs have found a special place in my musical brain. Fave Song: Finally Begin

The guys over at Relevant kept raving about this power duo even before the album’s release. And once I got to listen to the album finally, I understood the hype. Boy-girl bands are my thing of the moment, and they fit beautifully in this mode. Fave Song: My Father’s Father

The Decemberists – The King is Dead

Wasn’t bowled over by The Hazards of Love, but with this album, I finally understood the appeal of their folk-country-rock vibe. Fave Song: All Arise

I know a lot of fans and critics didn’t like it, but DCFC is one of those bands that I will never break up with, no matter what. And I enjoyed this whole album, so I don’t really care if this won’t make it to most critics’ year end list. Fave Song: You Are A Tourist

Radiohead albums are an event in themselves. Their songs are not about catchy melodies or memorable lyrics, but creating an atmosphere in which the listener can just inhabit and drown in it. And this album is no exception. I only wish it had more than 8 songs. Fave Song: Morning Mr. Magpie

I used to stalk these guys back when I still had the power to get them for events. And while I don’t have that power anymore, they still have the same thrall over me, and this 2nd album has just cemented them as one of my fave local acts. Fave Song: Unidentified

I haven’t listened to Hillsong United for some years now, coz I felt like I outgrew them already, spiritually and musically. But this studio album caught my attention and later on my heart coz it was just so musical and well thought of. But most importantly, it spoke to my soul, to where I am now in my faith journey. Fave Song: Nova

So, what are your favorite albums so far?

Posted by idaflutterby on June 27, 2011 in Music Monday

To say that I am absolutely excited to see my 3rd favorite (only after U2 and Coldplay, but I’m pretty sure they would understand that) band in concert for the 2nd time (and this time, more up close and personal) is probably one of the understatements of the year.

Ever since I discovered their music through one of those Wow 19-something compilation albums of the top Christian artists of the year, I have fallen hopelessly in love with the band and their music. Yes, I even endured their being closely linked to the whole A Walk to Remember soundtrack, and that in itself is a testament to how much I love them.

Along with Jars of Clay, Switchfoot is my go-to band when I want to “listen” to the soundtrack of my life. I always have this sneaking suspicion that somehow, they were able to peek into my soul and wrote songs about both my deepest and rawest emotions and my most uplifting and joyous moments. These next two week, I will be posting about them, in preparation for their April 30 concert (which you would know about already unless you’ve been intentionally blocking my FB statuses and Tweets)

Today, I give to you my Switchfoot playlist (not necessarily my favorites, just the ones I’ve been listening to a lot lately) that does not include the usual suspects (Dare You to Move, Meant to Live, Only Hope)

The song that started it all – New Way To Be Human

“With all of our fashion

This is what we should aim for, we need to be more than just okay – More Than Fine

I cry EVERY SINGLE time I listen to this song – Learning to Breathe
“I’m finding that You and
You alone can break my fall
I’m living again, awake and alive
I’m dying to breathe in these abundant skies”

Lately, music has been God’s favorite way of speaking to me and that’s why this song just moves me – Your Love is a Song
“Your love is a melody, underneath me, and into me”

Are you ready for SWITCHFOOT?
That’s right, the multi award-winning American band is coming to Manila this April 30, 2011! For those who missed their 2007 concert, this is your chance to watch Switchfoot LIVE for their second visit to the Philippines!

Posted by idaflutterby on April 18, 2011 in Music Monday

WHO: Anberlin is a Florida-based alternative rock band consisting of lead vocalist Stephen Christian, bassist Deon Rexroat, lead guitarist Joseph Milligan, drummer Nathan Young and rhythm guitarist Christian McAlhaney. While most of the members are Christians, they don’t consider themselves a Christian band, for reasons that they don’t want their reach to be limited by labels. 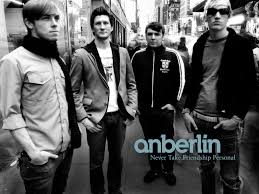 WHY I LOVE THEM: They make heartbreak sound so cool.

“And I finally found that life goes on without you. And the world still turns when you’re not around”

They’re one of the very few select bands that made a song that turned me into mush and made me wish I was actually in love just to be able to relate to the song.

TRIVIA: Vocalist Stephen Christian has Attention Deficit Disorder (as per his interview with DJ Roanna in Jam 88.3 last week) and he’s not ashamed of it and it fact uses it to fuel his creativity

I WILL NEVER FORGET: Seeing them live last March 9! I was so excited that I bought my tickets way back in December. And even though the sound system sucked (or it may be the acoustics of A-Venue), I still had the time of my life singing along to their songs. Appreciated also that they sang some songs from their earlier albums. It was one whole videoke session with Anberlin for most of the people there

So near…yet so far…but still epic

Posted by idaflutterby on March 14, 2011 in Music Monday