It’s that time of the year again when the US Fall TV Season offers up new reasons for me to not have a life/be an insomniac once again. And although I’ve always had the misfortune of falling in love with new tv shows only to have them cancelled after 10 episodes, I will still risk my heart for these shows

(All the dates here are adjusted to Philippine time already, for easier, uhm, acquisition)

In a Nutshell: The residents of The Drake, an Upper East Side apartment building have all made a deal with the Devil to have their deepest desires fufilled. Supernatural hijinks ensue

Who’s In It: Locke and Wilhelmina! I mean Terry O Quinn and Vanessa Williams. Plus the dreamy Dave Annable 🙂

In a nutshell: Origin story of Green Arrow (not to be confused with Green Lantern), millionaire playboy by day, vigilante crime fighter by night. Sounds familiar? But I’m still hopeful they’ll do a fresh take on this superhero trope

Who’s In It: Stephen Amell, voted most likely to be this season’s hearthrob

Beauty and the Beast (premieres October 12)

In a Nutshell: Not the Disney animated version, but a remake of the 80s TV show (which I violated the “No TV on a school night” rule for). My only apprehension is that the Beast won’t be actually a beast, only a hot guy with a scar, which is kinda lame. But I will still watch

Who’s In It: Lana Lang! Kristin Kreuk makes her TV return, and I hope this time she won’t be just an accessory to the hero. And the Beast is played by newcomer Jay Ryan (may give Arrow a run for his money)

It’s Probably Like: The 80s TV show, but with gadgets and social networks

In a Nutshell: Sherlock. And that should be reason enough right? I’m still confused if it’s an Americanized version of the hugely popular BBC drama or if it’s a totally different (but slightly similar) take on the original “mentalist” detective

Who’s In It: Jonny Lee Miller aka Angelina Jolie’s first (and second hottest) husband as the titular character and Lucy Liu as Watson. Yes, she’s a girl. Let’s hope there is no “will they or won’t they” storyline

In A Nutshell: A submarine and its crew defies an order to fire nuclear weapons so they go on the run and…I’m not really sure where this is headed, but I’m willing to suspend my disbelief

Who’s In It: Scott Speedman!!!! I’ve missed you Ben. Andre Braugher as the leader of the crew and Robert Patrick will probably play some asshole-y guy (as always)

It’s Probably Like: Crimson Tide meets The Rock but on a smaller screen

In a Nutshell: An OB-GYN who is a shameless rom-com aficionado and her search for love. Sounds hinky, but I’m a huge fan of the show creator and lead star

Who’s In It: Mindy Kaling! I truly believe she’s one of the funniest and most brilliant comediennes of her generation. Her character in The Office is one of my favorites, even though she should be so annoying and detestable

In a Nutshell: A fading country star has to compete with a teen sensation. Now, I’m not a fan of country music but I am a huge fan of dramas set in the South. Maybe it’s those accents…

Who’s In It: Connie Britton! I would watch anything this woman is in. Even if it means I have to endure Hayden Panettiere every week

In a Nutshell: A gay couple hires a single mom to be their surrogate. Oh, and it’s by Glee creator Ryan Murphy. It hasn’t premiered yet, but it’s already causing controversy and boycotts. Let’s see what the (obvious) fuss is about

Who’s In It: I actually don’t know any of the stars. Which can be a good thing too

It’s Probably Like: Modern Family, if Cam and Mitchell were the main characters. Hoping it will be just as funny too

In a Nutshell: I’m a sucker for post-apocalyptic books/movies/TV shows and this one is created by JJ Abrams and Erik Kripke (Supernatural) so I’m so there. In their universe, electricity (and consequently technology) has disappeared. The horrors!!!

Who’s In It: Our beloved Juliet returns! Elizabeth Mitchell makes her TV comeback, and this time, hopefully it’s longer than V. There are a bunch of other lesser-known but familiar faces too

It’s Probably Like: I actually have no idea beyond the post-apocalyptic theme. But I’m very excited! 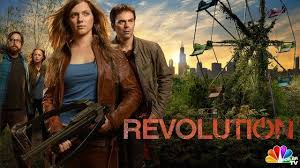 In a Nutshell: A sheriff-rancher goes up against a powerful gangster. Oh, and it’s set in the 60s and based on a true story. Not to be confused with Las Vegas

It’s Probably Like: Justified, but set in the 60s

WHEN WILL OUR (MY) FAVORITE SHOWS RETURN?

Posted by idaflutterby on September 4, 2012 in Top 10 Tuesday