One of my blog assignments for my students this week is listing down their top five celebrities/famous people that they would like to meet someday. Since I want to be a good example, I am posting my Top Ten list too, in no particular order

I know a friend who non-jokingly refers to him as the anti-Christ, to which I say, “Whatevs”. I really admire not just his music, but the way he uses his fame to make people aware of social issues and the way he can bring together the secular and the holy.

Her books were my constant companions during my late teens and early 20s and her stories, especially those about how women relate to each other, have resonated with me for some reason (even if I have never experienced those kinds of betrayal and depth of feelings) 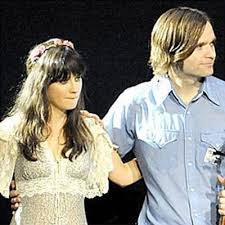 When my ultimate girl crush and my ultimate hipster emo idol got married, I already planned our coffee date in my head, which is like them talking 80% of the time and me nodding my head and taking notes

I would not want to have an actual conversation with him because I would probably just faint and make a fool of myself. But to be within breathing distance of him would already be a dream come true

Cameron Strang (and the rest of the Relevant crew)

He and his Relevant Magazine are personal heroes and inspirations of mine. I’ve always wanted to put up our own local and humble version of this multi-media “empire” where faith meets pop culture. One day, I will visit their Orlando office and see where all the magic happens

Not Sarah Michelle Gellar but the actual Buffy, if she was a real person. She is still my favorite TV heroine of all time and I would love to be able to just gab with her like we were buddies

I’ve already met him once (squee) but I only remember half of what we talked about because I was too star struck and so I would love to have another go at a real conversation with him. And maybe this time, I wouldn’t be dazed and confused